Like all other organisms, plant cells maintain a highly efficient energy economy. Because plants gain their energy from light and their main building block is the CO2 in the air, they constantly has to decide whether to spend chemical energy to e.g. grow, attract pollinating agents or to produce defensive compounds, such as cyanogenic glucosides. This subproject focuses on investigating how these compounds fit into the overall molecular flow of the plant cell.

Cyanogenic glucosides are metabolically "expensive" compounds because plants typically need to produce them in quite high amounts in order to obtain protection, and because they contain reduced nitrogen that could otherwise be used in different biological processes. Since nitrogen availability is often a limiting factor to plant growth, these compounds may serve other purposes in the plant in addition to defense. We hypothesize that plants have developed pathways to recover the reduced nitrogen and carbon bound in cyanogenic glucosides for primary metabolism when these nutrients are in demand. We are investigating the putative turnover pathway of cyanogenic glucosides in sorghum, almonds and cassava in parallel.

While the concentration of the cyanogenic glucoside dhurrin drops drastically once the sorghum seedling has passed the most vulnerable state, no concurrent release of hydrogen cyanide is detected. This indicates that the breakdown of dhurrin does not occur by a simple hydrolysis by β-glucosidase because that would result in the release of hydrogen cyanide. The enzyme pathway by which this catabolic utilisation of cyanogenic glucosides is facilitated is the current focus of our research. Our research into cyanogenic glucoside turnover in sorghum is assisted by a collaboration with Dr Rosalyn Gleadow, Monash University, whose intensive program in sorghum called TILLING, has led to identification of several mutants of interest for the study of turnover pathways. We also study cyanogenic glucosides in almonds, which exist naturally in two varieties; bitter almonds with high cyanogenic glucoside levels, and sweet almonds almost devoid of these compounds. We are studying the cyanogenic glucoside turnover pathway using unbiased metabolite profiling and measuring enzyme activities through development to identify candidate enzymes. In cassava, we are investigating enzymatic activities, gene expression and metabolite profiles to discover the mechanisms involved in the removal of nitrile groups from these molecules. To be able to study the turnover in detail, we have used chemical synthesis to obtain the proposed intermediate compounds in sufficient quantities for analysis.

Generally, bioactive natural products in plants may be difficult to extract in quantities required for biological or chemical studies. Especially for identification and quantitation, identification of their roles in color determination , and for elucidation of biosynthetic pathways. It is also difficult to extract sufficient amounts for studies of enzymatic specificities. Hence, chemical synthesis of these natural products is an interesting alternative, which is the focus and main interest of the group led by Saddik Motawie.

The preliminary studies of the endogenous turn-over pathways in three different plant species point to the operation of three different pathways. This observation of extreme plasticity in the way plants recover the carbon, nitrogen and energy investments made in the formation of cyanogenic glucosides and their ability to channel these resource investments back into primary metabolism is truly amazing. In future studies we want to investigate whether some of the turn-over products may again provide specific advantageous new functions in the plant.

(a) In the bioactivation pathway dhurrin is hydrolyzed by a specific β-glucosidase (BGD) to ultimately release HCN, either spontaneously or mediated by the enzyme hydroxynitrile lyase (HNL).
(b) In the detoxification pathway β-cyanoalanine synthase (CAS) incorporates HCN into β-cyanoalanine which can be converted to asparagine, aspartate and ammonia by two heterodimers of nitrilases (NIT4) of the A and B types.
(c) Turnover pathway: GSH replaces the glucose moiety in dhurrin, either spontaneously or mediated by an unknown GST. The resulting D-GS conjugate is cleaved by GSTLs to produce pOHPCN, the substrate for one of the two sorghum NIT4 heterodimers which converts pOHPCN to p-hydroxyphenylacetic acid (pOHPAc) under release of ammonia. 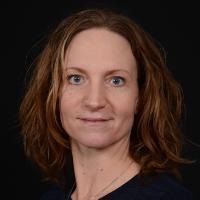